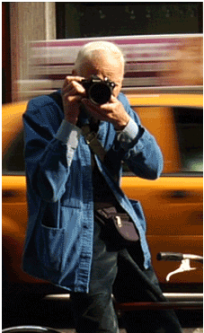 Bill Cunningham is probably one of the most inspiring and interesting people ever. I recently watched a documentary called Bill Cunningham New York. This 80 -something man, roams the streets of New York, on a bicycle, taking pictures. Pictured of shoes, hats, legs, coats. Basically anything that catches his eye. Some of his frequent subjects include Iris Apfel (more to come on her!), Anna Wintour and many others. Everyone knows and loves Bill for his famous pages in the New York Times. I absolutely love how his focus lies in the clothing and not who is wearing them. He could care less about which celebrity it is, or who designed it. When he sees something interesting or unique, he snaps a photo, and that person could end up in the New York Times. I love his simplicity in life, and his approach to fashion as it should be. A focus on the clothes, materials, the style and not the name. He doesn’t want to be known, or famous. He doesn’t care about the money, or about anything besides the clothes. Bill Cunningham…. we must be friends! I will come find you. 🙂 If you can, watch this movie and you will want to be his friend too! 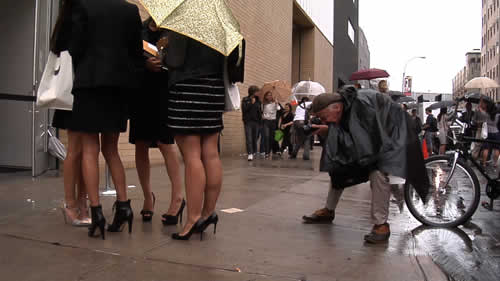 Best shots are in the rain!

Stick around for another great spotlight feature…:)

One thought on “It’s official…I need to be this man’s friend!”